Greenhouse gases (GHG) describe (trace) gases that are responsible for the so-called greenhouse effect, which is considered the main cause of climate change. They can occur both naturally and anthropogenically. According to the Kyoto Protocol, greenhouse gases include carbon dioxide (CO2), which is considered the reference value, methane (CH4), nitrous oxide (laughing gas, N2O) and other less unknown gases such as H-FKW/HFC, FKW/PFC, sulphur hexafluoride (SF6) and nitrogen trifluoride (NF3). In addition, fluorinated greenhouse gases (F-gases) are regulated under the protocol. Other greenhouse gases such as carbon monoxide (CO), nitrogen oxides (NOx) or volatile hydrocarbons excluding methane (so-called NMVOC) are considered indirect greenhouse gases and are regulated by the Montreal Protocol. The latter are the main causes of the destruction of the ozone layer.

As mentioned above, carbon dioxide (CO2) is the most common greenhouse gas and is considered to be the reference for the other GHGs. Their global warming potential (GWP) is expressed in carbon equivalents (CO2e), firstly to facilitate comparison and secondly to indicate the gases emitted as one value. The GWP for 100 years of the various gases according to the IPCC is shown in the following table:

These values should be understood as following: If a ton of SF6 is released into the atmosphere, the greenhouse effect of this ton is as great as 23500 tons of carbon dioxide in the atmosphere. Accordingly, it quickly becomes clear why it is so important not to focus only on carbon dioxide, but to reduce the concentration and the output of all GHGs. 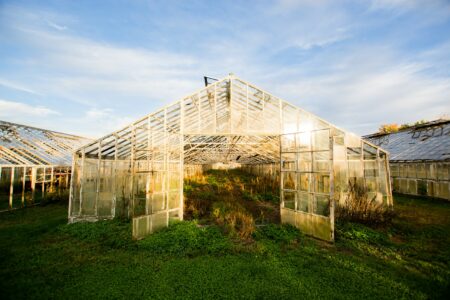