What is the GHG Protocol?

The GHG Protocol (Greenhouse Gas Protocol) is a globally recognised standard for measuring and managing greenhouse gas (GHG) emissions from companies and their value chains, as well as emission reduction measures. The GHG Protocol was established in 1990 out of the need for a consistent framework for greenhouse gas reporting. Today, it collaborates with governments, industry associations, NGOs, corporations and other organisations to provide the world’s most widely used calculation guidelines for emissions. In 2016, 92% of Fortune 500 companies that responded to CDP used the GHG Protocol directly or indirectly through a program based on the GHG Protocol. In addition to companies, cities around the world also use the GHG Protocol and national emissions programmes are developed based on it.

The GHG Protocol Corporate Accounting and Reporting Standard provides guidance for companies on how to quantify and report their GHG emissions. The GHG Protocol Standard hereby makes use of standardised approaches, which help direct companies, for instance, in order to increase transparency and consistency in the accounting and reporting of their GHG, as well as in the reduction of costs for putting together a GHG inventory.

What are the GHG Protocol Scopes?‍

The scopes can be seen in the following graphic: 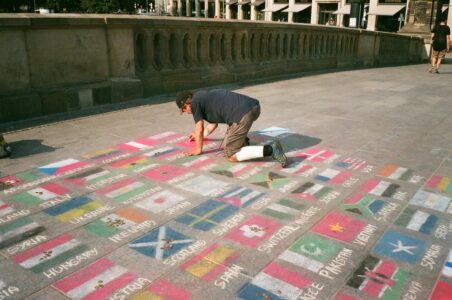