Sustainability in Sports: Scoring for a Green Future 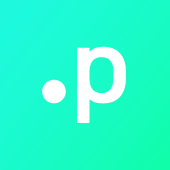 People from different backgrounds come together and root for one goal (or multiple): Nothing unites people like sport. And just like sports, climate change is a team effort - we all need to work together to solve this global problem and reach our goal of combating global warming.

But what exactly do sports and sustainability have to do with each other? Even though the correlation between both might seem a bit far-fetched at first sight, it is not that difficult to see at second glance.

While stricter rules and regulations are also going to affect sports clubs in the near future, their fans and communities are also increasingly asking for a change, putting pressure on the clubs to become greener. The Belgian football club Royale Union Saint-Gilloise, for example, has questioned their fans - 86% of them believe the club should take more action to address environmental issues. Climate action is no longer the sole responsibility of large corporations and the government, it’s all of ours.

In fact, some clubs will be directly impacted by the consequences of climate change:‍

23 of the 92, almost one in four, professional football clubs in the Premier League and English Football League will potentially experience partial or total flooding of their stadiums by 2050. Additionally, rising temperatures, unusually heavy storms, and air pollution will impact outdoor sports and competitions in the future

There are a number of reasons for sports clubs to join the climate change league - Yet, only 11% of sports clubs have actually implemented a sustainability strategy. And even though 89% have not scored yet, this is your opportunity to become the next green champion.

Playing in the sustainability league is easier than you think. You can start by making some simple switches to kick off your green strategy.

Here we have compiled a list of 7 tips what you can change internally to step up the sustainability game of your club:

All players (and fans) in one car

In the best case scenario, players and coaches cycle to practice and games, to not only benefit the environment, but also their health and fitness. Alternatively, you can encourage them to take public transport or get them to organise carpools instead of each driving their own car. If you want to take this a step further, you can animate your fans to do the same.

Our next tip is one of the easiest changes you can do to create an impact - switch out your light bulbs! Did you know that simply by replacing standard light bulbs with LEDs in their home, a standard household can reduce their carbon emissions by 65 kg each year - the same as driving 354 km? On a larger scale, if you were to do the same in all of your facilities and stadiums, the impact would be quite significant. For example, the Atlanta Falcons & Atlanta United FC use LED lighting and LED video boards, resulting in a 29% lower energy consumption than the average stadium of its size.

In addition, installing occupancy sensors and putting your floodlights on a timer will also keep your energy bill low. This will not only be beneficial for the planet, but it will also help you save money for your team in the long run.

This topic is also a classic, but until the last sports fan sips their beverage from an eco-friendly cup, we are here to remind you: 40% of plastics produced each year are single-use that, even if recycled, have a heavy impact on our planet. As an alternative, you could consider making use of reusable cups (or better: encourage fans to bring their own cup), banning straws, replacing plastics with paper, and serving your snacks with wooden forks – there are many options that are eco-friendlier than plastics.

The right way to leave the pitch

Sometimes it’s time to say goodbye. And while we firmly believe that you should consider giving your gear and kits a second chance, if their final moment has come, don’t just throw them out. Old gear like gym mats, deflated footballs, and faulty tennis balls can possibly be upcycled for some alternative use, or they will make some furry friends in your local pet shelter happy. For bigger equipment, always check repair options first or properly disassemble them for optimal recycling.

A Foul of Fast Fashion

The fashion industry accounts for around 10% of greenhouse gas emissions. A common type of material used in sports clothes is polyester, which has more than twice the carbon footprint compared to its cotton counterpart (5.5 kg of CO2 per shirt compared to 2.1 kg). In the future, wear the ones you have for longer and make sure you donate old ones along with your footwear to charity organisations.

But even clothes, that eventually end up in recycling, will take a few hundred years to decompose and potentially lead to microfibres in the environment. Once your current gear wears out, update your wardrobe with greener alternatives and more sustainable materials like recycled cotton/polyester, organic hemp etc. The English Football club Forest Green, which has been named to be the “greenest football club in the world”, for example wears a bamboo charcoal kit with a lower environmental impact, using 50% less polyester than most football shirts.

After travelling, food and drinks account for the second-largest part of the carbon footprint in sports. There are two simple changes that can improve the impact of your game day snacks. First of all, making use of local and seasonal ingredients not only holds its benefits for the planet, but it also enables you to connect with your community and collaborate with local producers. Next to that, you could consider adding plant-based options to your offer and reduce the amount of animal products used. Or how about growing your own vegetables for match-day snacks, just like Liverpool does it?

We live in a digital world - and your club should too. Are you still using plastic membership cards and printed flyers? Making use of electronic memberships, QR code tickets and digital match programmes will not only save you costs for printing and ordering, it also produces less waste in the long run.

Ahead of the game: These teams lead the movement

A great example is set by the Forest Green Rovers, an English football club playing in the EFL League Two. In 2017, FIFA named the club to be ‘the greenest football club in the world’ and it is the first football club to receive a carbon neutral certification by the United Nations.

But the Green Rovers are not alone - an increasing number of clubs and leagues are adapting a sustainability strategy all around the world. Here, you can find 7 great initiatives that were taken by a variety of sports clubs:

It is only a matter of time before a commitment to sustainable practices will be mandatory for all sports clubs. This will not only happen in order to set a good example for the fans, but also due to the increasing sustainability requirements of the federations and leagues. The English green league and sports clubs becoming officially verified for their climate efforts are hereby only the beginning. Members of the Sports for Climate Action framework will have to cut their emissions by 50 % until 2030 and aim for net-zero by 2040. Sports clubs can become more sustainable through dedicated changes and partnerships. Yet, the biggest impact you might be able to drive within your community - lead by good example, raise awareness and build a community with a purpose.

Thank you! Your submission has been received!
Oops! Something went wrong while submitting the form.

News and product updates from Planetly

Invites to exclusive events and webinars